The Carnivore Diet and What Happens When You Cut Out Plants 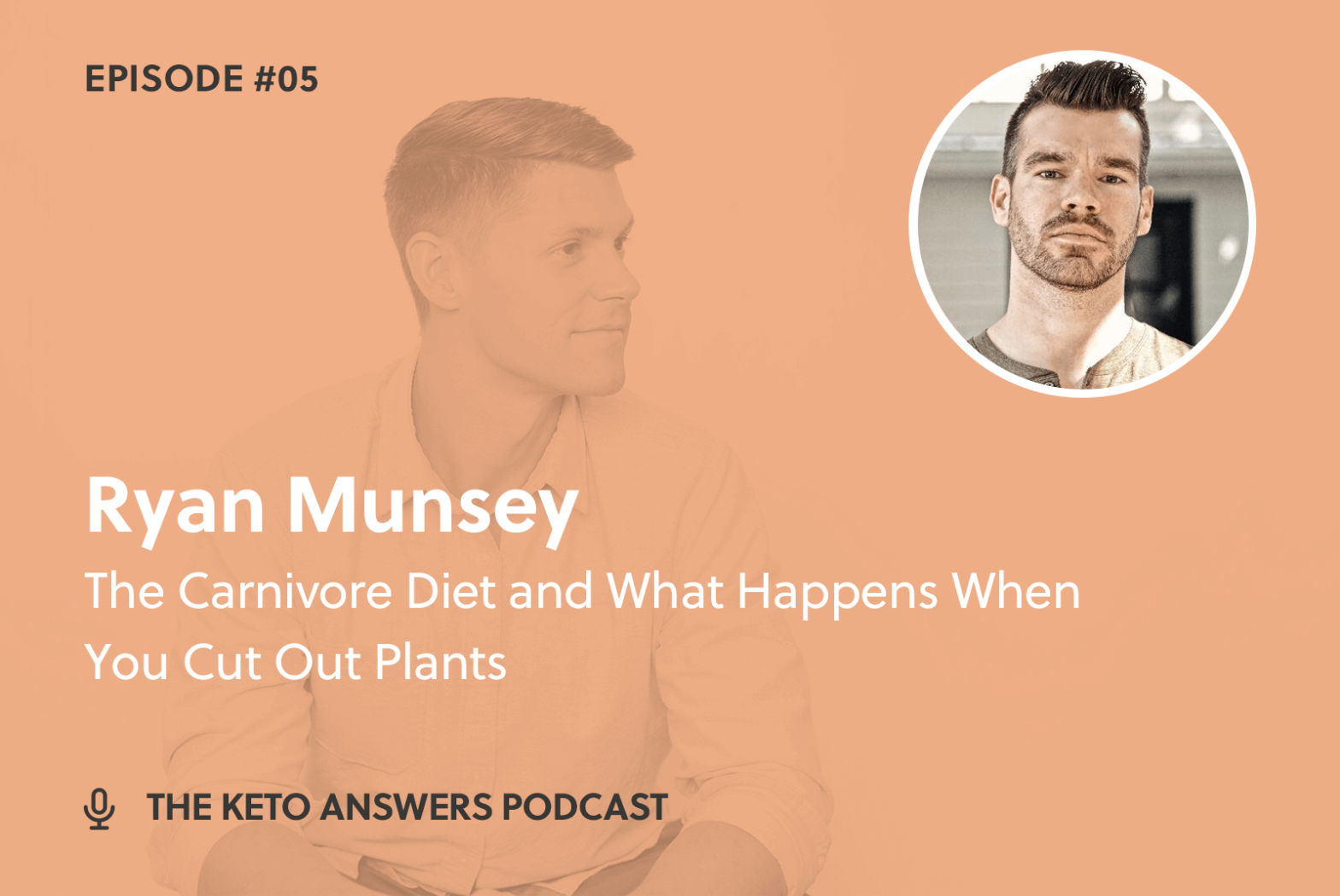 If all you eat is meat, you're not going to eat unless you're really hungry. You learn the difference between physiological and psychological hunger. Click To Tweet

You have to eat plants to be healthy, right? At least that’s what everyone says.

Today’s guest, Ryan Munsey, has a different take on that.

Yet, last year he turned his back on mainstream nutrition advice and cut everything from his diet except for one thing: meat.

For 30 days, he ate nothing but grass-fed beef, organ meats, poultry, fish, game meat, and everything else in between. Plant-based foods were completely off limits.

You’ve probably been told that you need all food groups to be healthy. Ryan was taught the same by his professors while finishing his nutrition studies.

However, he realized this traditional advice didn’t match with what he was learning in biochemistry – the science that explores the chemical processes in living organisms.

He became increasingly worried that what nutritionists and dietitians were recommending wasn’t what the body actually needed for optimal health.

By trying the carnivore diet, Ryan put to test conventional wisdom and made interesting discoveries.

Join me as I sit down with him to talk about his carnivore diet experiment, what he learned, and valuable lessons that will help you optimize the way you eat regardless of your preferred diet.

Whether it's paleo, or keto, or whatever label you put on the way you eat, I think food quality is the most important thing. Click To Tweet